Posted on October 18, 2014 By lukeyatesadventure

Birthdays are quite odd when you think about it. They are really just like any other day and quite often they are with all the usual work and life commitments. But you also usually have more contact with friends and family and maybe a treat or two! 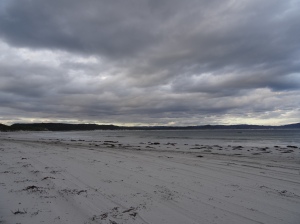 This year was very different for me. I woke up at the Parry Beach campground, on my own, in a tent and in the pouring rain. I knew in advance that this was likely to be the case but it really did highlight how far away from home I was. I made a quick start and despite the rain the 40km to Denmark pretty easily (I know, I thought I was in Australia too!). Denmark is a great little town with lots of small shops and cafes. I picked a spot for breakfast and treated myself to a full English, although Australian sausage makers have a lot to learn! It was in the supermarket in Denmark that I met the McAllister family. After a brief conversation explaining what I was doing in Australia, I was offered a room for the night. I was stunned by their generosity. I had a hostel booked for the Saturday night but we arranged that I would stay with them on Sunday. I really couldn’t believe that somebody would take me in like that.

I headed into the town of Albany, another 50km down the coast. Initially I passed through quite an industrial area but was soon hitting the charming town centre. I checked in to my hostel (1849 backpackers) before grabbing a huge burger at an American style diner. I was then invited out for a few beers later on with some Irish guys at the hostel, and my birthday was starting to go pretty well! An evening spent in the pub, hostel terrace and a club that easily gives the worst nightclub in Europe a run for its money rounded off the day very nicely indeed. I really did feel the distance to friends and family but was also glad that I was on the road, chasing my dream on my 25th birthday.

Sunday started well as I made full use of the unlimited pancakes provided by the hostel for breakfast each day. (nb. All hostels should do this!). I then headed to see the McAllisters, 10km north of the town centre. I was a little nervous. It had been a long time since I had been hosted by a family like this. Thankfully those nerves were misplaced as I was welcomed into the family as though I’d known them for years. My washing was soon on and I was treated to a tour of the town by Mark (dad) and the girls. We took in several coves and beaches, the ANZAC memorial and the stunning views from the wind farm. I spent the afternoon doing jobs and catching up on messages but was amazed at the way the family opened up and trusted me enough to basically leave me alone in the house. 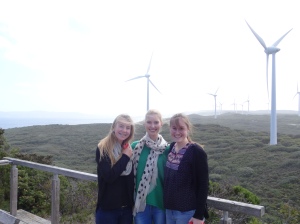 The day was rounded off brilliantly. I helped Teresa (mum) and Erin (younger daughter) feed their horses, at a paddock covered in kangaroos with the sun setting. The mood was complemented brilliantly by the local radio station. Katie (elder daughter) has a show on a Sunday evening and as we stood there she played a series of songs that we had discussed earlier, including one from “The Secret Life Of Walter Mitty” that really sums up a lot of my feelings about the trip. After a great dinner at a Thai restaurant I slept in a room to myself for the first time in ages. Just heaven. Saying goodbye would prove awfully hard the next morning. I really had felt like a McAllister for the day!

So all in all it was a unique birthday weekend, but one that turned out to have a whole series of wonderful moments. I can’t wait to get back to Albany to visit again in the future and of course can’t thank the McAllisters enough!

← Highlights so far…
Crossing the Nullarbor – The Prelude →